Home » Minecraft » How to Make a Bow in Minecraft 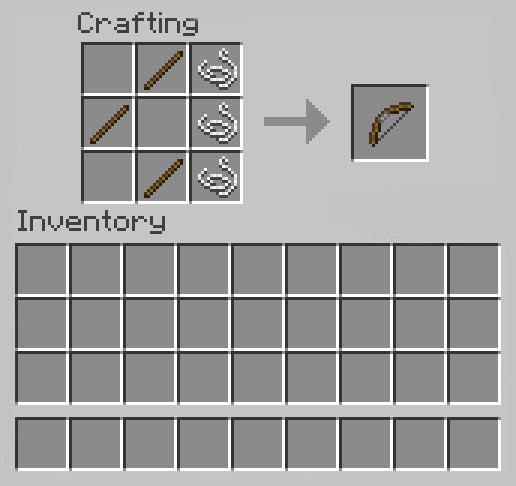 What kind of weapon do you use in Minecraft? Is it a wooden sword? A trident? Or perhaps a bow? Compared to other weapons, the bow has varying damage and range depending on how the player uses it.

This makes it such a versatile weapon. Here, we will give you a tutorial on how to make a bow in Minecraft.

Tabel of Contents:
1. What Is a Bow?
2. Functionality
3. Limitations
4. Enchantments
5. Supported Platforms
6. Requirement Materials
7. How to Make a Bow in Minecraft
8. Closing

What Is a Bow?

Before we get to the tutorial, let’s get to know about the bows first. A bow is a weapon that can be made in Minecraft. It is a ranged weapon, which gives the player an alternative method of delivering their attack.

A. Since it is a ranged weapon, it allows the player to deal damage from afar (a fully charged bow releases an arrow up to 64 blocks upward at 53 m/s)

Read also :   How to Make a Sword in Minecraft

B. It can be enchanted and there are plenty of enchantments available for bow

See Also : How to Make a Book in Minecraft

C. The Strength status effect does not affect the damage dealt using a bow. Rather, it is affected by the charging time.

A fully charged bow can deal between 6 and 8 hearts with a 25% critical chance. A critical attack deals 9 to 10 hearts

A. It requires arrows to use

B. Arrows travel in an arching path over distances. As such, it might take time before the player get used to it

C. The range and damage of a bow depending on how far back the player draws the arrow.

For example, an arrow with minimum charge (about 3 ticks) barely travels one block and deals only half heart damage.

See Also : How to Make a Piston in Minecraft

The player needs to charge it fully for the best result

Read also :   How to Tame a Cat in Minecraft

D. It cannot damage Endermen as when the player shoots at them, the arrow will either deflected or disappears. A bow with Flame enchantment, however, can still ignite Endermen 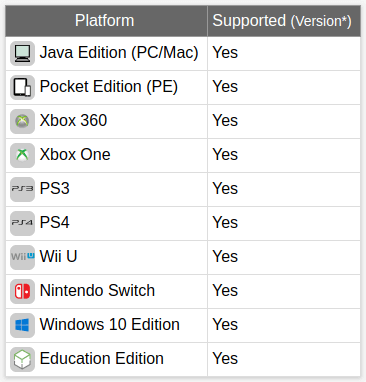 To make a bow, you will need 3 sticks and 3 strings.

How to Make a Bow in Minecraft

Ready to make your bow? Here’s how to make one.

1. You will need a 3 x 3 crafting grid for this so open the crafting menu by using a crafting table 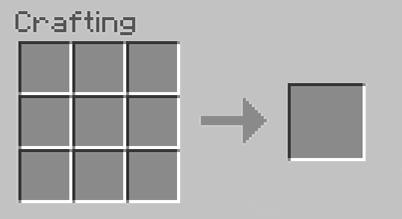 2. After the menu is opened, arrange the materials like this:

Read also :   How to Make Glass in Minecraft

See Also : How to Make an Anvil in Minecraft

6. Make sure that you arrange the materials exactly like the above. Once you have done arranging, the bow icon will appear on the right box

7. Make your bow and move it into your inventory 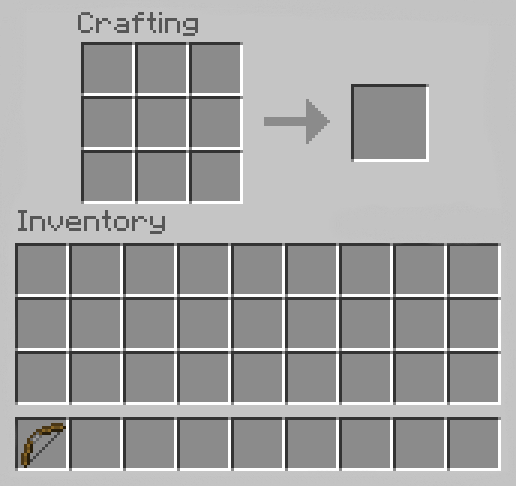 Alright, that’s our tutorial on how to make a bow in Minecraft. It isn’t that difficult, is it? A bow can be a powerful weapon, especially if it is fully charged and enchanted.

See Also : How to Make a Cake in Minecraft

As such, having it in your inventory would be great. And now that you know the steps to make it, you can make one whenever you want.