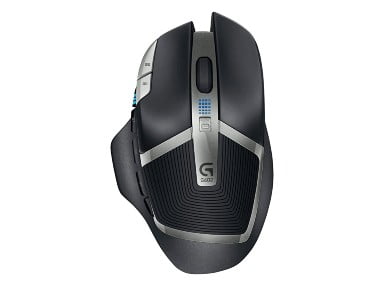 Of course, it includes mice too. Using it, the user can customize the mouse to their liking. Here, we will show you how you can fix an undetected device in Logitech G602 software.

How to Fix Undetected Device

Alright, so what should you do when your Logitech G602 mouse is undetected by the Logitech Gaming Software? You can try the following to fix the issue.

1. First, remove the undetected mouse. If necessary, connect a spare mouse to navigate in the meantime

2. After removing the mouse, go to the Device Manager

3. Go to the toolbar and choose “View”. Then, choose the “Show hidden devices” option. Be sure that the option is checked before proceeding

4. Since it is a mouse you are having a problem with, find “HID-compliant mouse” on the list. You should see a grayed-out device. This will be your undetected Logitech G602 mouse

5. Right-click the device and choose “Uninstall”. You will then see a confirmation window. Check again if you choose the right mouse. Choose OK and delete the mouse’s driver software after you are sure

8. Install the Logitech Gaming Software again. If there is a new version of the software, you may want to download it just in case

The process would take a while but it should fix the issue. Is it limited to a mouse only? No, it is not. The steps above should work just as well for other Logitech peripherals like keyboards.

Of course, you have to choose the appropriate driver and uninstall it for the fix to work.

For example, damaged cable or USB connection or the software doesn’t recognize the user as an administrator, problem with the new update and so on.

That is how you fix an undetected device in Logitech G602 software. Now that you know what to do, you need not panic when it happens. Fixing the issue shouldn’t take too long, either.

In case the above solution does not work, you should contact Logitech customer service for further support and assistance. We hope this helps.