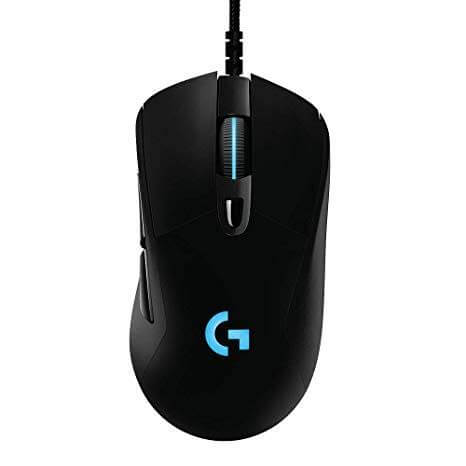 Do you have Logitech G403 mouse? There are two Logitech G403 software that you can use to enhance your gaming experience, namely Logitech Gaming Software and Logitech G Hub.

Which one is the better option? Although we can’t answer that for you, we will compare the two to help you decide for yourself.

Because it has been around for so long, it can support a lot of Logitech peripherals. Yes, a lot more than the G Hub does which can only support newer peripherals.

The Logitech Gaming software offers features such as profiles (creating a profile for each set up you make), lighting (changing the lighting of the mouse with 16.8 million of colors to choose from), battery (setting up the energy consumption), surface tuning (optimizing the mouse), and input analysis (measure which the frequency and how long the buttons are used).

No need to worry, though. More likely than not, Logitech will keep this legacy gaming software around for a bit.

So, what makes the two different? The main differences between the two software are that the G Hub has a more intuitive interface and it supports 2019 and onwards peripherals.

Besides having more or less the same features (sans input analysis) as the Logitech Gaming Software, the G Hub also has several other extra features, Discord integrations, and OBS integration, all of which undoubtedly enhance your gaming experience.

The G Hub has its own flaw, however. Compared to the Logitech Gaming Software, the newer G Hub is much less polished.

The Logitech Gaming Software is capable and supports more devices while the G Hub is newer, which means it is better suited for newer peripherals, especially 2019 and onwards peripherals.